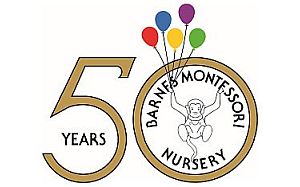 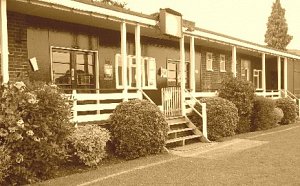 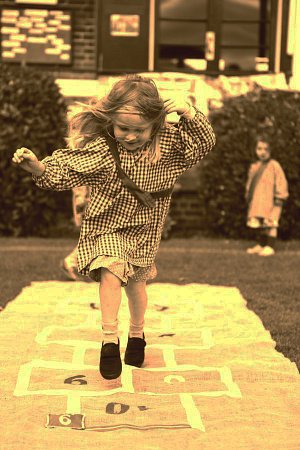 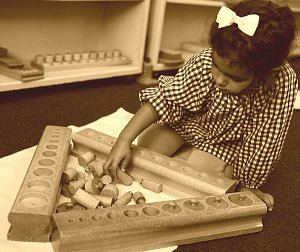 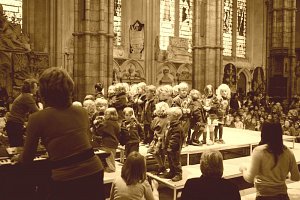 HISTORY OF THE BARNES MONTESSORI NURSERY 1969 -

The Barnes Montessori Nursery was founded by Celine Argent (later became Madame Jolivet Gerber) and Debbie Chadbon (later Mrs Pitt) in the summer of 1969 at the Shoreline Building (near the Rick Stein Restaurant, formerly the Depot) at the end of White Hart Lane in Barnes.

The school started with approximately 12 children and by the Autumn Term increased to 25 children. After three years Debbie Pitt decided to move on and Celine Argent continued with the venture.

The school became so successful that new premises were sought. These could not be found locally. A nursery schoolhouse was eventually bought in East Twickenham. Some of the children moved to what became St. Margaret’s Montessori School. Others remained in Barnes. In 1981 Mrs Argent sold the Barnes Montessori Nursery to Mrs Marcia Donaldson.

Marcia was fortunate to take over from such a dedicated leader as Celine. But she in turn was instrumental in building the school into one of the most popular in the Borough. She brought a wonderful team of teachers. It was the happy atmosphere they created that enticed me to send the first of my own children to the school. Marcia faced a difficult time in the mid-1980s when the whole future of the school was for a time in doubt. She had to find alternative premises, as the now somewhat decrepit Shoreline Building was due for demolition to enable redevelopment of the site. The school then moved in February 1986 to its present premises at the Barnes Sports Club in the heart of Barnes. It is in the London Borough of Richmond upon Thames.

In September 1987 Marcia’s husband was posted abroad to Switzerland. She sold the school to Anne-Marie True, its present owner, whose three children in turn went to the School. Anne-Marie True trained in 1985 at St. Nicholas Montessori College (now Montessori Centre International). She subsequently got a BA (Hons) in Early Childhood Studies, a further Early Years Professional Status and numerous and ongoing courses to continue to enhance any professional development.

In 2011 Anne-Marie was recognised for her dedication, professionalism and commitment to the Montessori approach to learning and development and working tirelessly for Nursery education with a national award as ‘Montessorian of the Year’. This was a great accolade.

The school is one of the longest established nursery schools in the Borough and has grown to 50 pupils. It is grateful for the well-established relationship with the Barnes Sports Club, which both School and Club believe is of benefit to the local community at large. Our children are fortunate to have a large green field by the school, where they have the freedom to play, explore and have fun in a nurturing environment.

Anne-Marie believes in quality care and high standards and is a strong advocate of the Montessori approach to learning and development. The Barnes Montessori Nursery has been Montessori accredited and re-accredited by the Montessori Evaluation and Accreditation Board (MEAB). This rigorous process of accreditation encourages reflective and evaluative practice. The scheme offers support and guidance to Montessori schools in order to ensure that Montessori provision is of a high quality. It also seeks to reassure parents that we also meet the requirements of the Early Years Foundation Stage. You can access the MEAB report here.

Anne-Marie was invited to join the Centenary (2007) Committee for England. The Barnes Montessori Nursery helped celebrate the centenary of the Montessori movement. Our School was very honoured to be chosen as one of the schools participating in the Centenary service at Westminster Abbey.
Forest School – in September 2014, after much research, Anne-Marie started as Forest School one afternoon a week. This is very popular.

We have a hidden treasure in the Leg O’Mutton and Reservoir area. The children also go for walks and admire its natural beauty – flora and fauna.

In Summer 2019 the school celebrated 50 years with a Summer Fair. The occasion was enjoyed by many former, current and future pupils and their families. The children enjoyed fun activities in the environment they so love, and where many hundreds of children have blossomed and thrived.

The nursery sector has seen a maelstrom of changes in recent years. The School continues to look for innovative ideas and to be creative in every way.

“The child brings us great hope, and a new vision” (Maria Montessori)